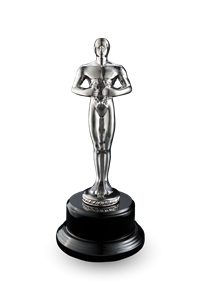 Park Hill Village took home two MAME Awards at this years ceremony, including Home of The Year, making this a repeat win for Berkeley Homes! WIth the its twist on urban living, it is no surprise that this community is popular to consumers in the market today! With only two stops to Union station on the new rail line, home owners are able to enjoy the city they love, with four of their own walls. We are honored that other are able to see the vision that we had for Park Hill! Read more on the awards and Park Hill Village below:

MAME stands for Marketing and Merchandising Excellence, and serves as the Denver area home building industry’s annual award ceremony to honor top marketing and architectural achievements in the new home industry. The event was held this past October 3rd at the Denver Center for the Performing Arts’ Sewell Grand Ballroom.

Set in a private enclave, just one light rail stop away from Denver’s RiNo district, Park Hill Village has been a huge draw for people seeking the benefits of a newly built, single-family home without having to sacrifice an urban address. Since its grand opening in May, 23 of 28 available homes have already been sold.

Said Jeff Willis, President of Berkeley Homes, “Winning Home of The Year was a great accomplishment for Park Hill Village, especially since it was competing against homes that are selling in the million dollar range. It really shows the thought process we put into making this space the most livable and functional it could be, and we are glad others were able to see the vision we had accomplished.”

Ranging from 1,645 to 1,807 square feet and priced from the high $300s to low $400s, Park Hill Village features contemporary and classic urban architecture in stylish 2-3 bedroom, single-family homes. “It’s great to be able to show that urban living can be transformed to more than just a condo or apartment,” said Willis, adding, “We think that is why it appealed so greatly to our consumers. They can have their own four walls while staying close to the city they love.”

The urban new home community is conveniently located one block east of Colorado Blvd. and 40th Ave., backing to Denver’s Park Hill Golf Course with some lots offering views of the course. The community features easy access to Denver’s commuter light-rail line, just two stops from downtown Denver’s Union Station and only four stops from Denver International Airport. A new light-rail stop is being built within a five-minute walk of the community. It is slated to open in the spring of 2016.